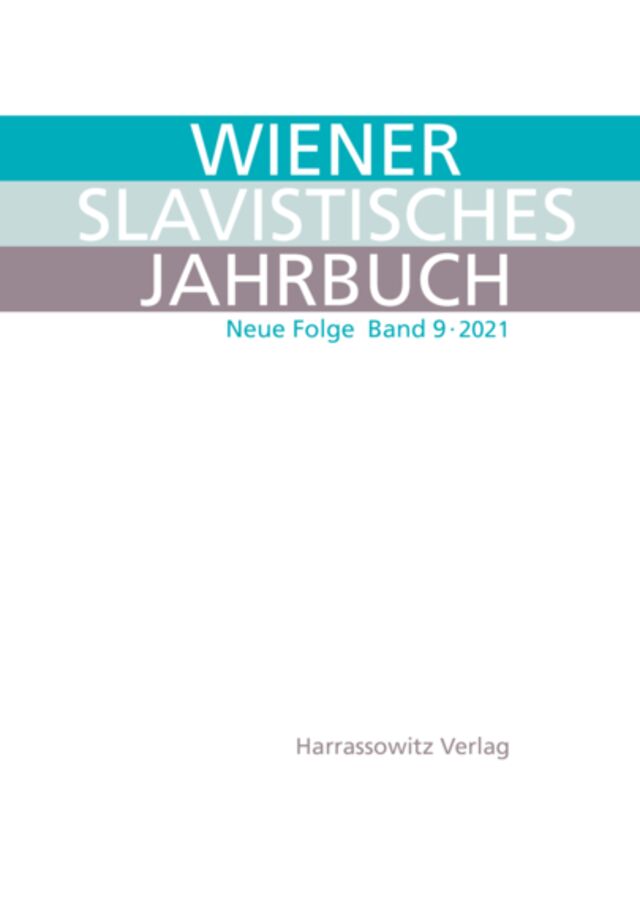 Situated at the interface between cultures of several areas in Eastern, Central, and Southeast Europe, Slavic studies in Vienna look back on a long tradition as a meeting place of international research initiatives and as an important location of university education worldwide. Its publication medium, the Wiener Slavistisches Jahrbuch (WSlJB), was founded more than six decades ago.

The Wiener Slavistisches Jahrbuch publishes academic original articles from all areas of Slavic studies. Articles, material, contributions to discussions and research reports are selected by means of peer-review conducted by the editorial board and an international advisory board. The editorial board decides on which contributions will be included. Members are a committee of professors at the Institute of Slavic Studies of the University of Vienna and renowned colleagues such as Juliane Besters-Dilger (Freiburg i. Br.), Michael Düring (Kiel), Lazar Fleishman (Stanford), Jasmina Grković-Major (Novi Sad), Robert Hodel (Hamburg), Aleksandr Moldovan (Moscow) and Barbara Sonnenhauser (Munich).

Languages of publication are German, English, and Russian. The journal is peer-reviewed.